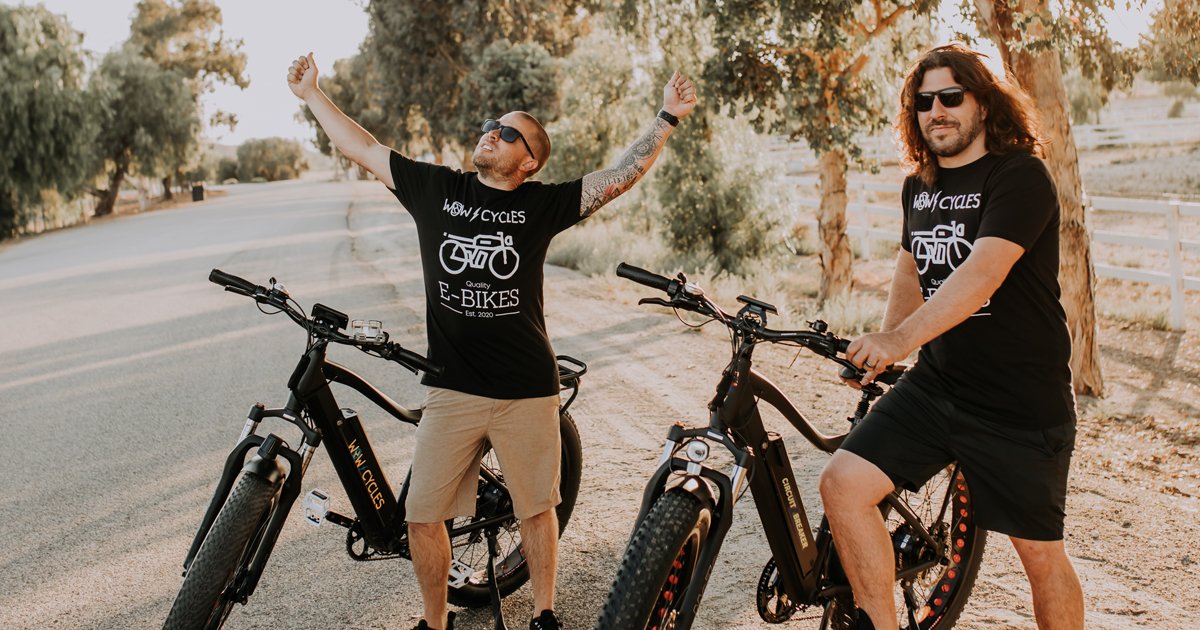 The e-bike or electric bike is one means of transportation that has significantly grown and improved. The beneficial effects of e-bikes is now highly acknowledged. The simple design offered by a bicycle and the efficiency of an electric motor have made the e-bike a popular choice by millions. The electric bike market has considerably grown especially during this pandemic. Forbes.com released an article late last year that e-bike sales growth to reach 17 million by 2030. For 2020, the e-bike market globally is 23% per year and projected that 10 million more will be sold by 2024.

The electric bike demand worldwide is estimated to grow 3.7% yearly from 2019 to 2024. A long-term effect is further expected because of the COVID-19 fallout on the world economy. E-bikes are now the popular choice of many urban commuters since electric bikes offer a faster means of a commute than ordinary bicycles.

Key market drivers for this global trend are:

Why Buy an E-Bike?

Innovations made on electric bikes have made them more appealing. These eco-bikes have a vast range of benefits and conveniences. These are the beneficial effects of e-bikes:

Global warming and air pollution are major concerns, and e-bikes may well be one of the solutions to the problem. Electric bikes have lower emissions per kilometer than cars and motorcycles. Energy usage is an average of 100-150 watts compared to 15,000 or more for a car running on petrol. The implication is that eco-bikes help to lessen air pollution and improve air quality.

Using an e-bike saves money. In most countries, petrol or gasoline and diesel cost much and prices surge. This can have an impact on the budget. With affordable batteries, e-bikes can run up to 50 miles on a full charge. An e-bike costs between 4 to 12 cents to charge, However, this depends on other factors like battery voltage and capacity as well standard power rates. E-bikes are charged just like a laptop or a cordless drill. A 2amp charger/converter is provided to be compatible with an electric outlet. Charging time depends on the battery size and the level of the remaining charge. This is usually between 4-6 hours to get a full charge.

A study made by scientists at the University of Basel, Switzerland, showed that riding an e-bike is as good as cycling on a manual bike. Despite the pedal assistance of an e-bike, it is still a form of exercise which is good for physical and mental health.

The electric bikes have a battery-powered “pedal-assist” to allow the rider to have a peal boost. This reduces impact and stress on the thighs and knees. These bikes allow the rider to maneuver challenging terrain. Individuals of all ages can handle these e-bikes without much effort and for longer rides.

The e-bike technology provides a faster and more flexible way to go a long distance even with cargo. Whether the commute is to the office or school or just a leisurely ride as an exercise, covering the distance is with less effort. The e-bike can easily get through traffic and narrow paths. More and more cities have cycle lanes that are traffic-free and keep bike riders safe on the road.

As technology advances and the e-bike market getting better, manufacturers now have a variety of models and designs that can accommodate the needs of commuters.

6. No red-tape to get an ebike

In most countries, electronic bikes are still considered bicycles and do not require any license to use. However, it is best to check with government regulations. Please check State Electric Bicycle Laws for US regulations on helmets and licenses.

E-bikes might as well be the transportation of the future. The beneficial effects of e-bikes is one reason to choose this means of transportation. It is easier for the older generation to use with less stress and sweat. E-bikes will be the trend for a long time.

Using an E-bike for Daily Life